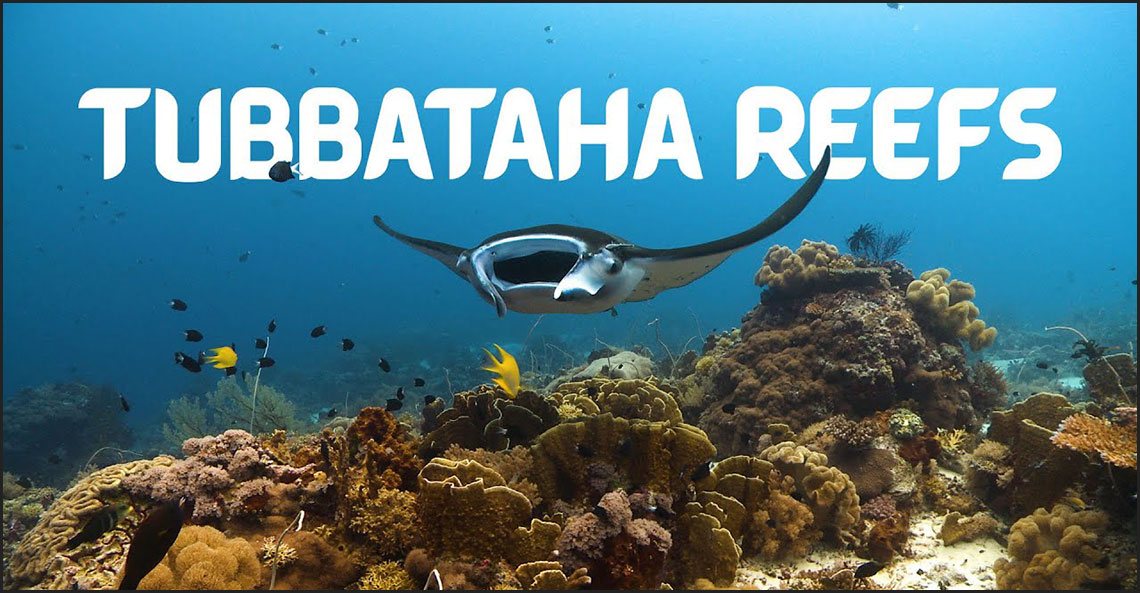 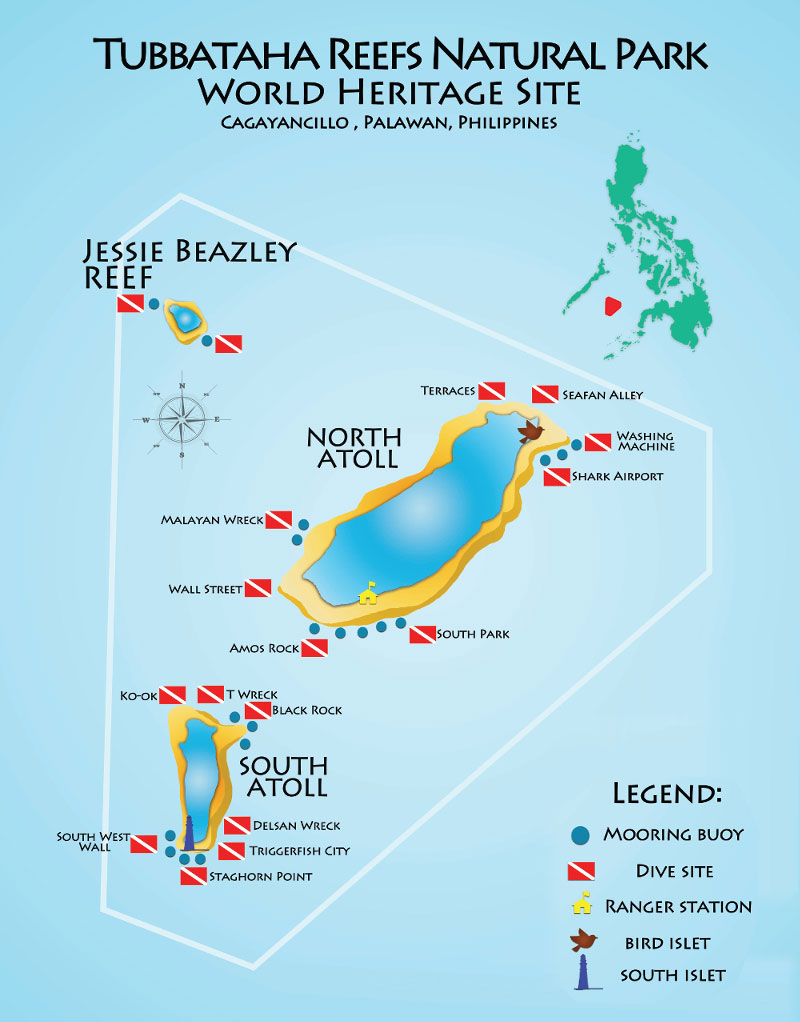 Tubbataha Reefs Natural Park lies in a unique position in the centre of the Sulu Sea, and includes the Tubbataha and Jessie Beazley Reefs. It protects an area of almost 100,000 hectares of high quality marine habitats containing three atolls and a large area of deep sea. The property is home to a great diversity of marine life. Whales, dolphins, sharks, turtles and Napoleon wrasse are amongst the key species found here. The reef ecosystems support over 360 species of coral and almost 700 species of fish. The reserve also protects one of the few remaining colonies of breeding seabirds in the region.

Criterion (vii): Tubbataha Reefs Natural Park contains excellent examples of pristine reefs with a high diversity of marine life. The property includes extensive reef flats and perpendicular walls reaching over 100m depth, as well as large areas of deep sea. The remote and undisturbed character of the property and the continued presence of large marine fauna such as tiger sharks, cetaceans and turtles, and big schools of pelagic fishes such as barracuda and trevallies add to the aesthetic qualities of the property.

Criterion (ix): Tubbataha Reefs Natural Park lies in a unique position in the middle of the Sulu Sea and is one of the Philippines’ oldest ecosystems. It plays a key role in the process of reproduction, dispersal and colonization by marine organisms in the whole Sulu Sea system, and helps support fisheries outside its boundaries. The property is a natural laboratory for the study of ecological and biological processes, displaying the ongoing process of coral reef formation, and supporting a large number of marine species dependant on reef ecosystems. The presence of top predator species, such as tiger and hammerhead sharks, are indicators of the ecological balance of the property. The property also offers a demonstration site to study the responses of a natural reef system in relation to the impacts of climate change.

Criterion (x): Tubbataha Reefs Natural Park provides an important habitat for internationally threatened and endangered marine species. The property is located within the Coral Triangle, a global focus for coral biological diversity. The reefs of the property support 360 species of corals, almost 90% of all coral species in the Philippines. The reefs and seas of the property also support eleven species of cetaceans, eleven species of sharks, and an estimated 700 species of fishes, including the iconic and threatened Napoleon wrasse. The property supports the highest population densities known in the world for white tip reef sharks. Pelagic species such as jacks, tuna, barracuda, manta rays, whale sharks and different species of sharks also are common here and the property is a very important nesting, resting and juvenile development area for two species of endangered marine turtles: green turtles and hawksbill turtles. There are seven breeding species of seabirds and Bird Islet and South Islet are breeding grounds to seven resident and endangered breeding species of seabirds. The critically endangered Christmas Island Frigatebird is a regular visitor to the property.

The property comprises two atolls (North and South Atoll) and an emergent coral cay, Jessie Beazley Reef. It includes open sea with an average depth of 750 m and still displays a well preserved marine ecosystem with top predators, and a large number and diversity of coral reef and pelagic species. The property also hosts an important population of resident, nesting and feeding seabirds. The area is free of human habitation and activities and is of a sufficient size to maintain associated biological and ecological processes. The property is of an adequate size to ensure the complete representation of the key features and processes of the reef systems within it, although the maintenance of these values also requires measures to be taken outside the boundaries of the property in relation to some migratory species and the buffering of the property from threats to the marine environment that could occur in the wider area. A key aspect of the integrity of the property is the low level of fishing pressure, due to the no-take policies which are in place throughout its area.

Tubbataha Reefs Natural Park is legally protected through national protected areas legislation and a range of other environmental legislation which enable action to be taken against a wide range of threats. The implementation of the legislation is assisted by clear delegation to the management authority for the property. This is a remote property and its management is therefore a significant logistical challenge, requiring a well-equipped team with operational boats, well trained and well equipped staff and a sufficient operating budget for fuel, maintenance and accommodation to ensure a strong and responsive presence on the water. Tourism visitation requires careful planning and management to ensure the values of the property are maintained, and to respect the capacity of the property, as well as visitor safety and to ensure income is returned to both site management and local communities. There are threats to the property from shipping, marine litter, fishing, marine pollution and oil exploration. Thus effective buffer zone arrangements are needed, and internationally supported legislation to protect the property from shipping threats, and greater enforcement of marine litter regulation on the High Seas by the appropriate international organisations would be a significant benefit to the property.