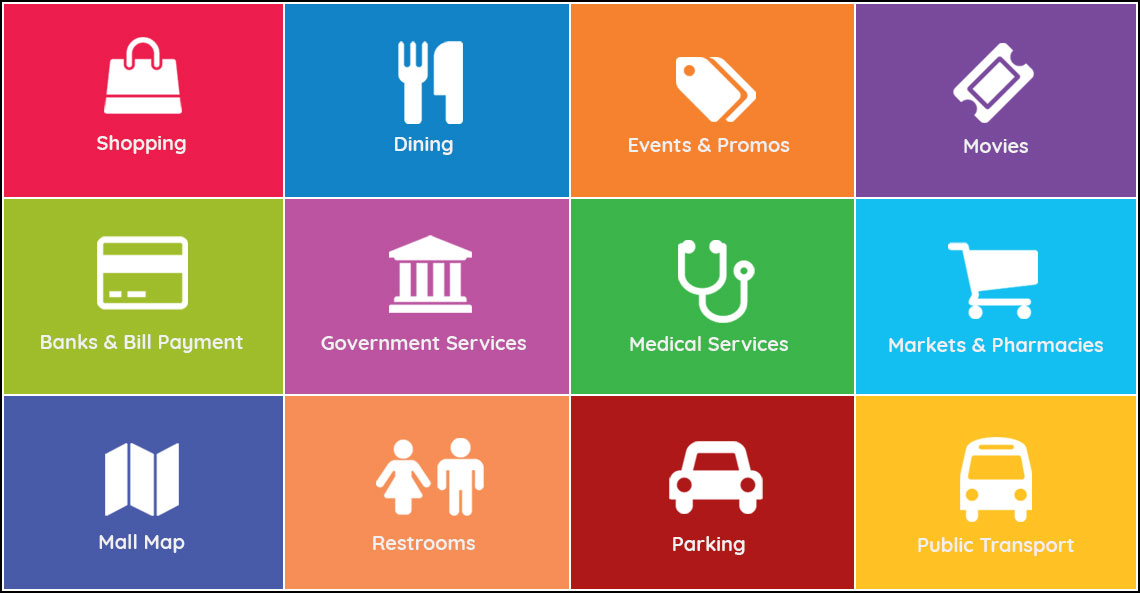 The Philippines may be a small country but several of its cities house a large number of malls of varying sizes and designs. After all, Filipinos go to the mall not only to shop but also to relax, do errands, meet friends or to simply enjoy the air conditioning which a large number of Filipinos do not have at their homes. “Malling” has become a part of their lives and proof can be seen in the number of people crowding the malls especially during weekends and holidays. In fact, three of the biggest malls in the country made it to the top ten biggest malls in the world, and they are still crowded all the time.

Mall hours are typically Monday to Sunday between 10:00 AM to 9:00 PM but it’s common for the management to extend mall hours in December to accommodate the influx of shoppers during the holiday rush. Mall hours are then shortened for employees during All Saints and All Souls Day, Holy Week as well as Election Day.

Several locals go to malls just to eat since there are a variety of options and types of cuisines. For affordable and quick meals, there are fast food chains like McDonalds, KFC, and the country’s very own Jollibee and Mang Inasal. These chains often get crowded during lunchtime so better be there before all the tables get occupied. There are also several restaurants offering a particular cuisine – with Chinese, Korean, and Japanese being the most popular aside from Filipino and American.

Additionally, there is also a large area used as food court or food hall in almost every mall in the country.

Malls in the Philippines are popular venues for events organized by schools, private companies, and government offices alike. A local celebrity sometimes grace such events and usually entertain the crowd with a dance number or rendition of a song. Alternatively, the management of a celebrity or band may be the one to organize an event to promote the star’s latest project like a movie, soap opera, or music album.

Aside from events, some malls have fitness programs and exercise classes for anyone interested. During summer break, a handful of indoor sports like table tennis and tae kwon do are also organized for students who are looking to learn the sport.

While several malls have regular or old cinemas, some malls have an IMAX theater, Dolby Atmos theater, Director’s Club theater, and/or a VIP cinema. Most malls in the Philippines show movies without subtitles. The only movies shown with subtitles are those that are not in English language.

Food and drinks are allowed into the movie theater but with restrictions. Glass bottles, tin cans, stews, and foods with sauce are typically not allowed.

Aside from shopping and dining, one of the reasons Filipino flock the mall is the accessibility of bills payment and government offices. Almost every mall in the country has a payment center wherein customers can settle their utility bills such as electricity, water, internet and cable as well as loans and insurance. Some schools and universities even accept payment through the mall’s payment center. A minimal amount ranging from P5 to P20 is charged to customers for service fee.

Though not all government agencies have offices in malls, and not all malls house government offices, the few mall-based government offices are a great option for Filipinos considering that these offices are always crowded with people seeking to use their services. Some of the agencies with mall-based office include the Department of Foreign Affairs (DFA), PhilHealth, Social Security System (SSS), Pag-IBIG Fund (housing), and PhilPost.

Several hospitals and medical companies have branches in malls to make it more convenient for people to seek medical help. Routine check ups, laboratory procedures, and radiologic exams are the most common services being offered.

Filipinos love convenience so a grocery at the mall is a common sight. Aside from basic commodities, bigger grocery stores carry imported items to cater to foreign customers or even locals looking for such things.

In addition to grocery stores, pharmacies are also found inside malls. A mall may even house multiple pharmacies at the same time.

The Malls in the Philippines are quite modern. Most malls provide an electronic directory to locate and guide you to your destination. Some even have digital maps which offer the option to view in different languages.

Restrooms are called comfort rooms, or CR for short, in the Philippines. Toilet paper may or may not be available. Same with soap and paper towels.  Therefore it’s better to always bring your own travel-size toilet paper and sanitizer.

Bigger malls in the country have travellers lounge wherein one can take a shower for a fee.

Breastfeeding advocates work hard to promote the cause and breastfeeding moms are now reaping the fruits of their effort since many big establishments including malls have put up their own breastfeeding stations. It’s typically just a small room with chairs and small table but it means a lot to those who need a comfortable corner away from the crowd and prying eyes. Some malls even go as far as providing additional amenities and supplies like sink for handwashing, soap, paper towels, and the likes.

Parking is usually free for both cars and motorcycles, be it indoor or outdoor parking. For bicycles, there are racks provided so owners can park safely.

READ MORE:  A Complete List of Malls in the Philippines