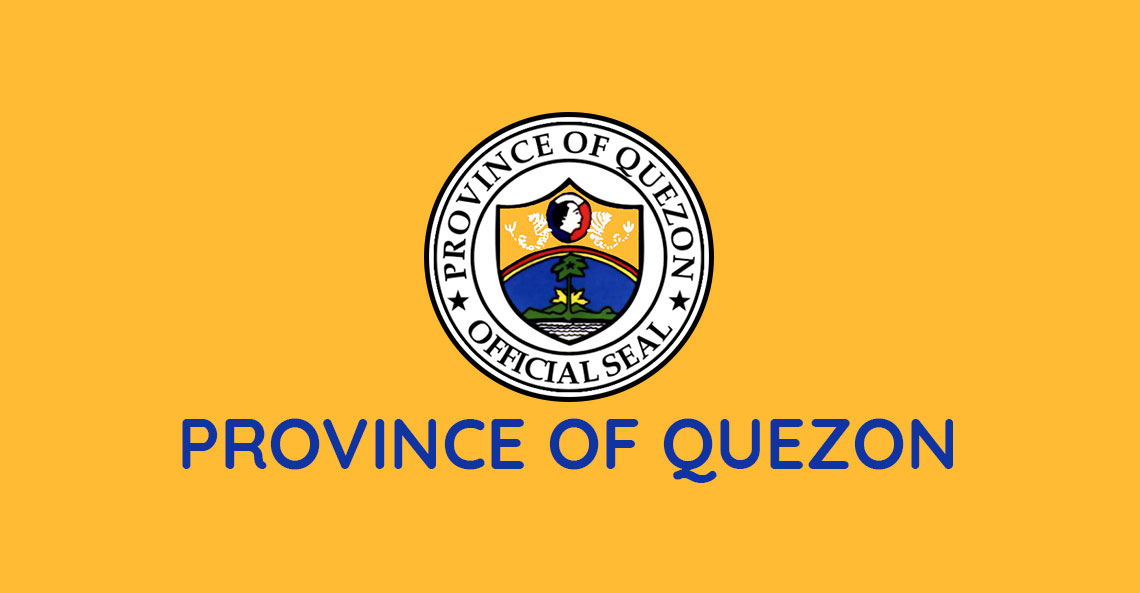 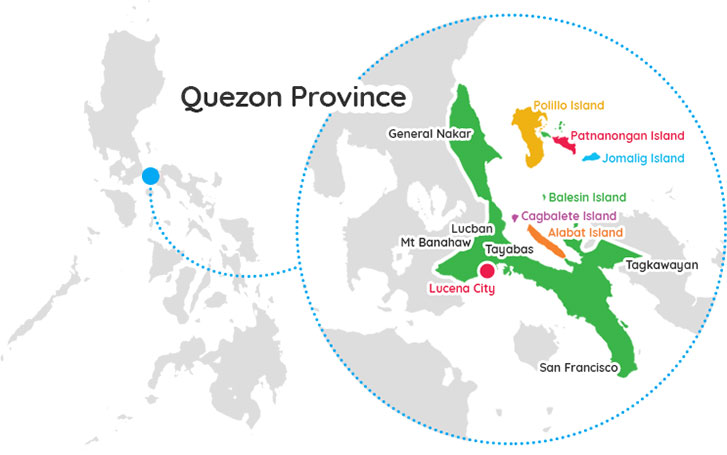 Quezon is a province of the Philippines in the CALABARZON region located in the south of Luzon island. Its capital is Lucena. Quezon province was named after former President Manuel L. Quezon who was born in Baler, a town which was then part of Tayabas. Quezon is famous for coconut-based cuisines, lambanog, longganisang Lucban, and pansit habhab.

The climate in this province has different climate patterns. Most of the province falls under Type IV Climate which means that rains are evenly distributed throughout the year. Polillo, Infanta and parts of Calauag fall under Type II climate which means that there are no dry seasons but there is a pronounced wet season from November to April. Parts of the western towns of Tiaong, San Antonio, Dolores and Candelaria as well as the tip of Bondoc Peninsula including parts of Mulanay, San Francisco, San Narciso and San Andres fall under Type III climate. This means that there is a relatively dry season from November to April. Although these are the patterns observed, it is important to note that with climate change, these patterns have become more erratic. Typhoons have become stronger through the years, causing problems such as power outages, road blockages, landslides, flashfloods and crop damages.

The Philippines are most popular during the dry season, between November and April. At this time the country is fully accessible, including its many beautiful islands and more remote areas. Temperatures are high during March and April, so it’s best to travel during the cooler months of December to February.

The most appropriate clothing for this province is casual light clothing: shorts, t-shirt, sandals. Light jacket and pants at night, at higher elevations, and boating.

The Quezon province is divided into 39 Municipalities, 1 Independent City, and 1 Component City:

There are 22 outlying islands surrounding the mainland of Quezon which are under the jurisdiction of the province.

The following is a list of points of interest relating to the Quezon province:

The following is a list of festivals celebrated in Quezon throughout the year:

The following are the most frequently asked questions about the Quezon province.

Where in the Philippines is Quezon located?
Quezon is located on Southern Luzon.

Is Quezon a city or province?
Quezon is a province.

How many islands are in Quezon?
There are 22 islands in the Quezon province.

What does Quezon mean?
Quezon is named after Manuel L. Quezon, the Commonwealth president who hailed from Baler, which was one of the province’s towns.

How Safe is Traveling in Quezon?
Quezon is very safe for locals and tourists.