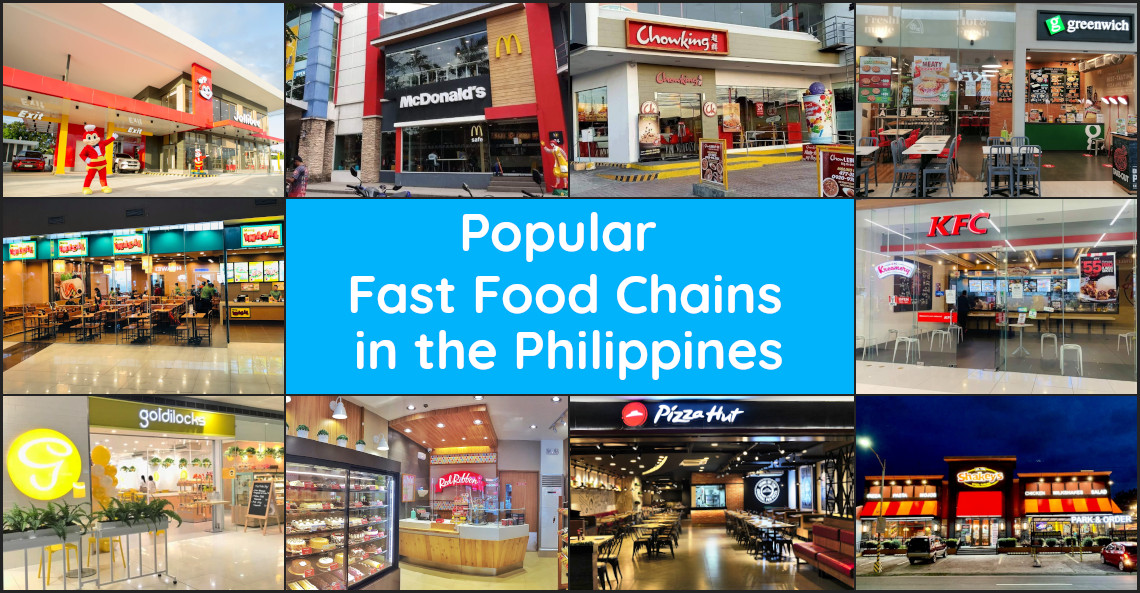 The Filipino’s love for food is evident not only in all the traditional and fusion dishes originating from the country.  It is also evident in all the restaurants, both formal and fast food chains, existing in the Philippines.

While several formal or luxury restaurants thrive in the country, the fast food chains remain to be the most popular since they are more affordable and convenient – perfect for the majority of Filipinos who need to satisfy their hunger quickly and without hurting their pockets.  These fast food has become a big part of the lives of Filipinos that they’re often served during birthday parties as well as group or celebratory dinners.

Out of thousands of fast food chains available in the Philippines, here are the ten most popular among children and adults alike.

Introduced in 1978, Jollibee is a homegrown fast food chain with almost 1,200 branches all over the Philippines.  It is particularly popular among children not only for its red bee mascot but most especially for its signature products namely the Chickenjoy and Yumburger.  Jollibee is associated with love, happiness, family, friends, and home thus its rapid expansion overseas especially in countries where many Filipinos work and live.  As of 2021, there are almost 300 outlets in other countries including Vietnam (141 stores), United States (47 stores), Brunei (18 stores), Canada (16 stores), United Arab Emirates (16 stores), Saudi Arabia (12 stores), Singapo (11 stores), Hong Kong and Qatar (both have 10 stores), Kuwait, United Kingdom, Italy, Bahrain, Macau, Malaysia, and Guam. 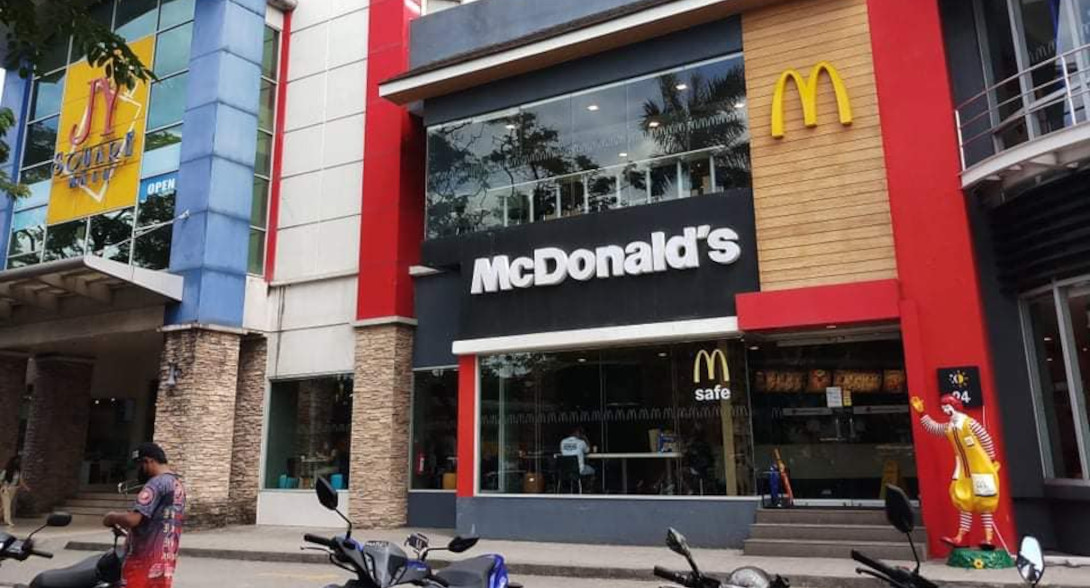 McDonald’s is known for being the primary competitor of Jollibee.  But while it is number one in the world, it is only second in the Philippines with only more than 600 outlets in the country.  Its menu catered to the Filipino market includes McSpaghetti and Chicken McDo although once in a while, it offers products from international McDonald’s. 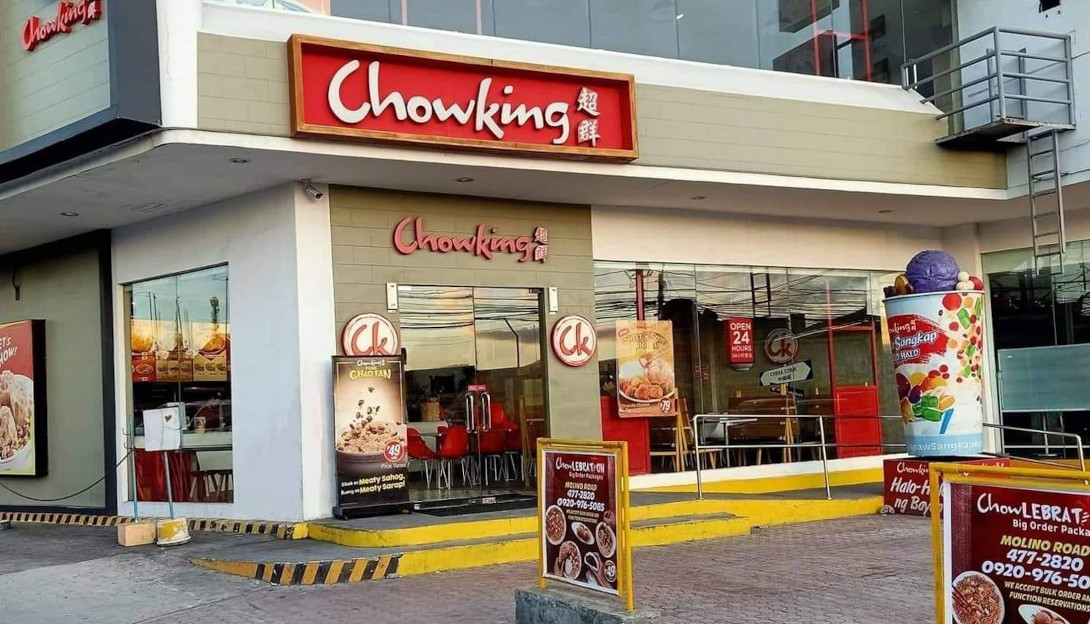 Also owned by the same company that owns Jollibee (JFC Group), Chowking specializes in Chinese-Filipino cuisine.  It is known for its Chinese-style fried chicken lauriat, a set meal consisting of fried chicken, rice, pancit canton, siomai, buchi, and chicharap.  Their chao fan, siopao, and halo-halo are bestsellers, too.  As of 2021, there are almost 600 outlets in the country and 48 in countries including UAE, USA, Qatar, Oman, Kuwait, and Saudi Arabia. 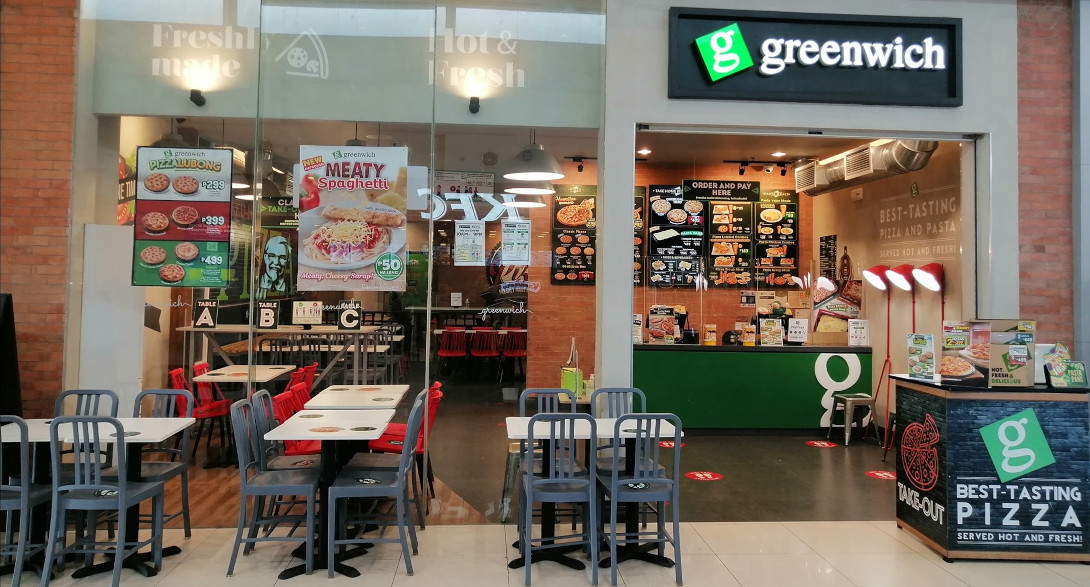 Greenwich Pizza was established in 1971 as a small over-the-counter shop and flourished on its own for about three decades.  It was acquired by JFC Group in 2006 and became the largest local pizza chain in the Philippines.  The chain is well-loved for its Pinoy Pizza characterized by a thin crust loaded with various toppings such as ham, pepperoni, cheese, pepper, onion, and more.  Try their bestseller, the All-In Overload as it contains every topping available.  Other offers are lasagna, carbonara, and fried chicken.

Mang Inasal was originally developed in Iloilo by Edgar “Injap” Sia II in 2003 and majority of the shares were acquired by JFC in 2016.  It is known for its grilled chicken, locally called inasal, best eaten with steamed rice.  Mang Inasal is one of the restaurants that pioneered “unlimited rice” offer where you can eat as much rice as you can.  Aside from grilled chicken, the restaurant also offers grilled pork, palabok, and halo-halo. 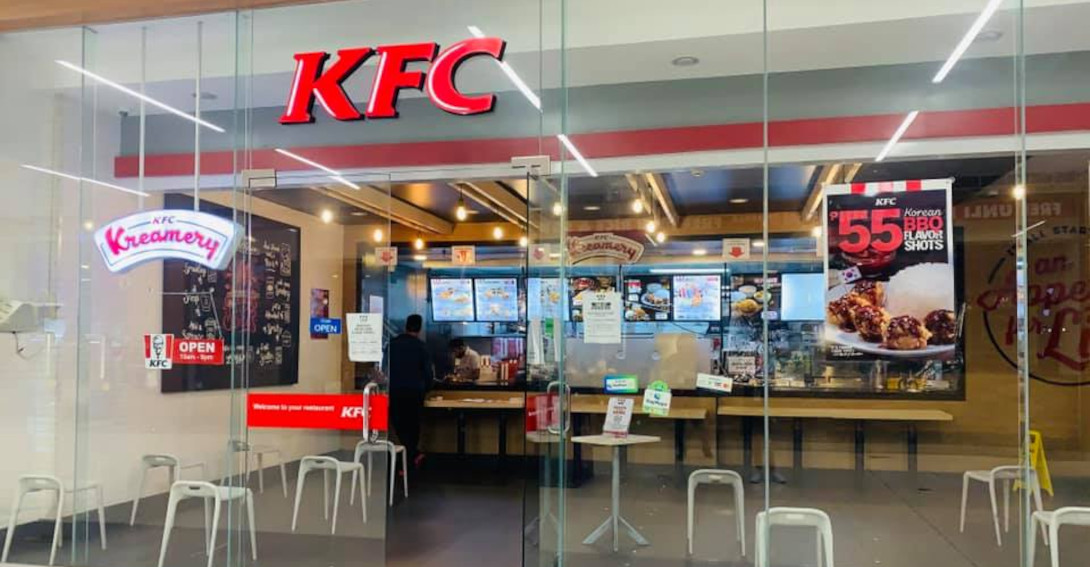 The American fast food chain was brought to the Philippines in 1966 and became one of the most popular restaurants in the country.  Aside from its fried chicken known for its 11 herbs and spices, KFC serves other products including Zinger (spicy chicken filet sandwich), chicken cheese burger, twister, pasta, and rice bowls.

Goldilocks Bakeshop was founded in the Philippines in 1966 and started franchising in 1991.  Aside from its cakes and pastries, Filipinos go crazy for their polvoron and is often requested as pasalubong by Filipinos living and working abroad.  As of 2015, there are around 400 outlets in the Philippines and a few in California and Canada.

Opened in 1979 as a small cake shop, Red Ribbon has grown over the years and began franchising in 1999.  The bakeshop is known for its fluffy and moist cakes and pastries, particularly their cheesy ensaymada.  The bakeshop was acquired by the JFC Group in 2005 and now boasts of over 500 outlets worldwide. 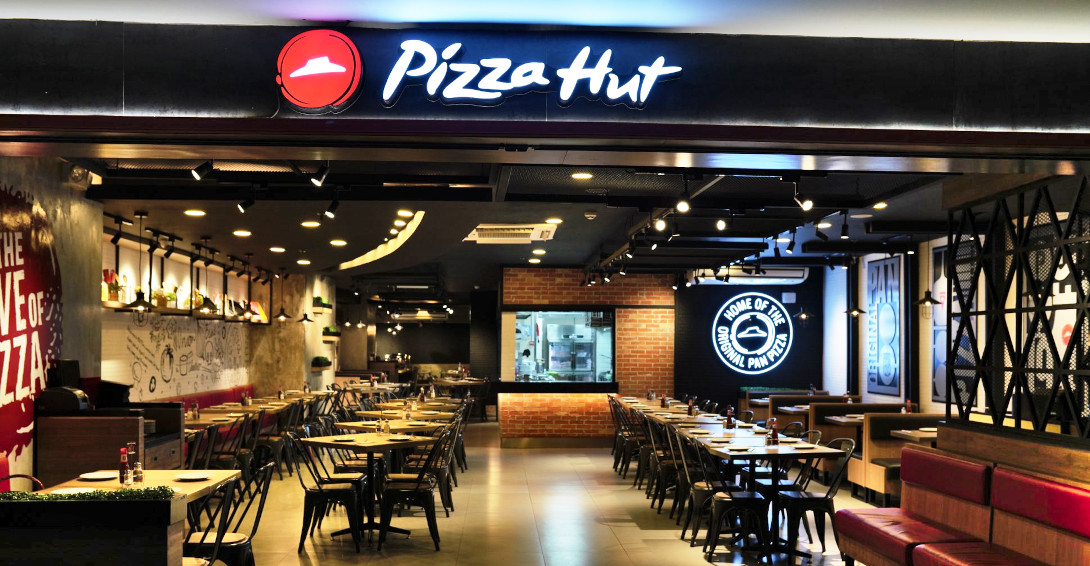 This American chain first opened its doors in the Philippines in 1975.  Aside from pizzas, Shakey’s is also notable for their mojos, chicken, and spaghetti.