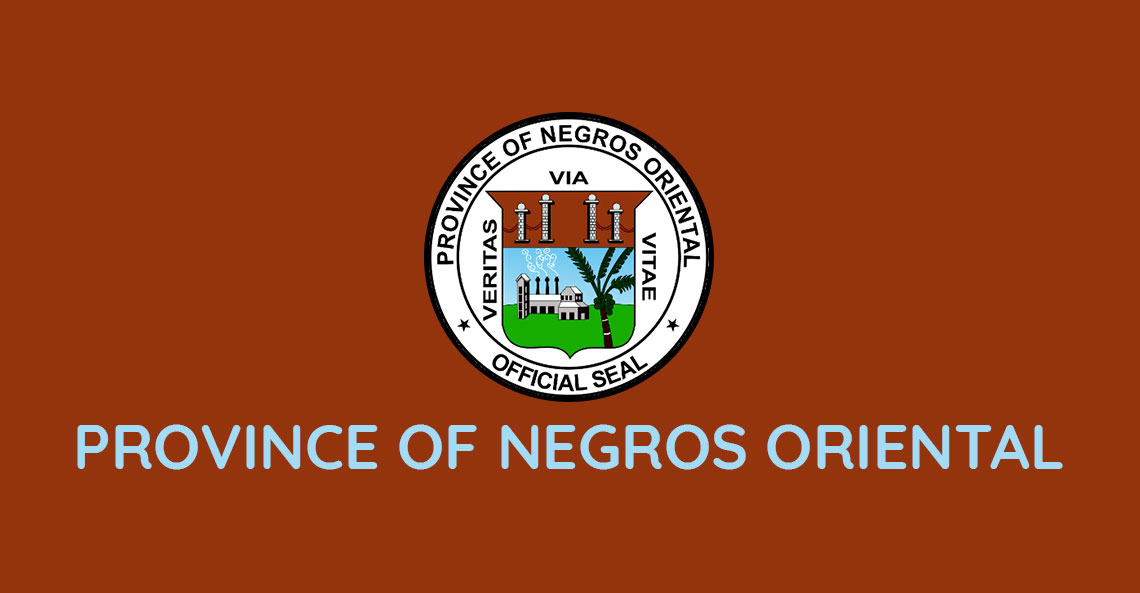 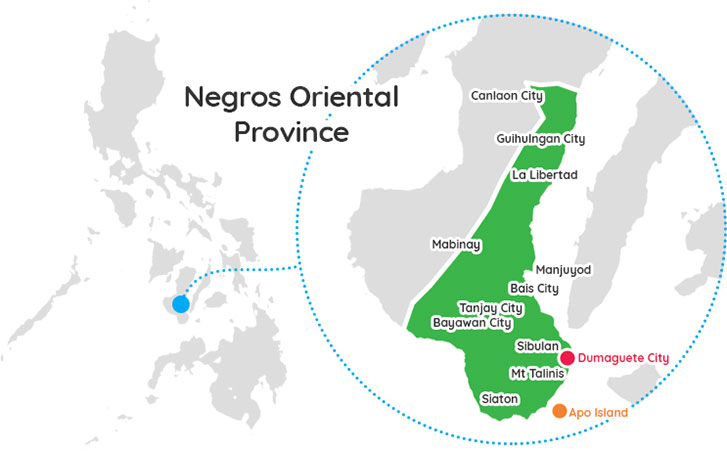 Negros Oriental, also called Oriental Negros or Eastern Negros, is a province located in the region of Central Visayas, in the Philippines. Its capital is Dumaguete which is known as the City of Gentle People because of the kind and hospitable inhabitants. The word Dumaguete is derived from the term dumaguit in the local dialect, meaning “to kidnap.”

Weather-wise, the best time to visit Dumaguete is from February to March and from May to early June as this is the driest and coolest months of the year. Still, year-round temperatures really don’t vary much in Dumaguete.

The Negros Oriental province is divided into 19 Municipalities, 6 Component Cities:

There are 2 outlying islands surrounding the mainland of Negros Oriental which are under the jurisdiction of the province.

The following is a list of points of interest relating to the Negros Oriental province:

The following is a list of festivals celebrated in Negros Oriental throughout the year:

The following are the most frequently asked questions about the Negros Oriental province.

What does Negros mean?
Negros got its name from the dark-skinned natives found in the area during the Spanish period.