Mindanao is the second largest island in the Philippines.

Mindanao and the smaller islands surrounding it make up the island group of the same name.

The Mindanao island group is grouping of islands in southern Philippines which is comprised of the Mindanao mainland, the Sulu Archipelago (consisting of the islands of Basilan, Sibutu, Sulu, Tawi-Tawi), and the outlying islands of Camiguin, Dinagat, Siargao, Bucas Grande, Samal, Talikud, Sarangani, Olutanga, and Mapun.

The dominant languages spoken in this region are: Cebuano, Tausug, and Hiligaynon.

Davao City is the major port and city.

The island is forested and mountainous, rising to the active volcano of Mount Apo, at 2,954 meters (9,690 feet), the highest peak in the Philippines.

The jagged coastline features deep bays and islets. There are numerous inland waterways and lakes.

The timber industry is important, and there are gold, nickel, iron, and coal deposits.

Mindanao is a Muslim outpost in the predominantly Roman Catholic Philippines. Although Muslims are no longer a majority, Islamic culture is evident; there are many mosques, and distinctive brassware, including the kris, or dagger, is manufactured. The autonomous region of Muslim Mindanao—consisting of territory in western and southwestern Mindanao along with a number of nearby islands, including Tawi Tawi and Jolo—was established in 1990.

Mindanao also has the largest concentration of ethnic minorities in the Philippines.

The major cities and municipalities in Mindanao are:

Mindanao island group accounts for about one-third of the landmass of the Philippines (97,530 km2 | 37,660 mi2),  and approximately 25% of its population (approximately 28 Million). 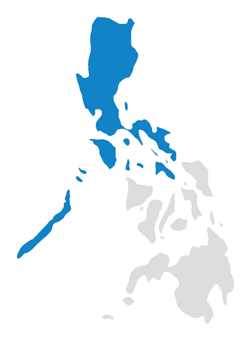 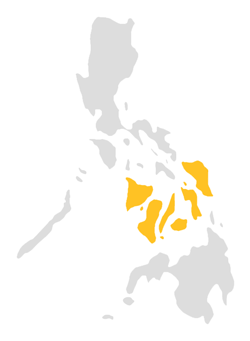 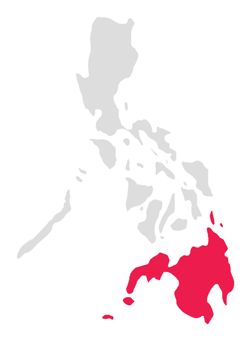