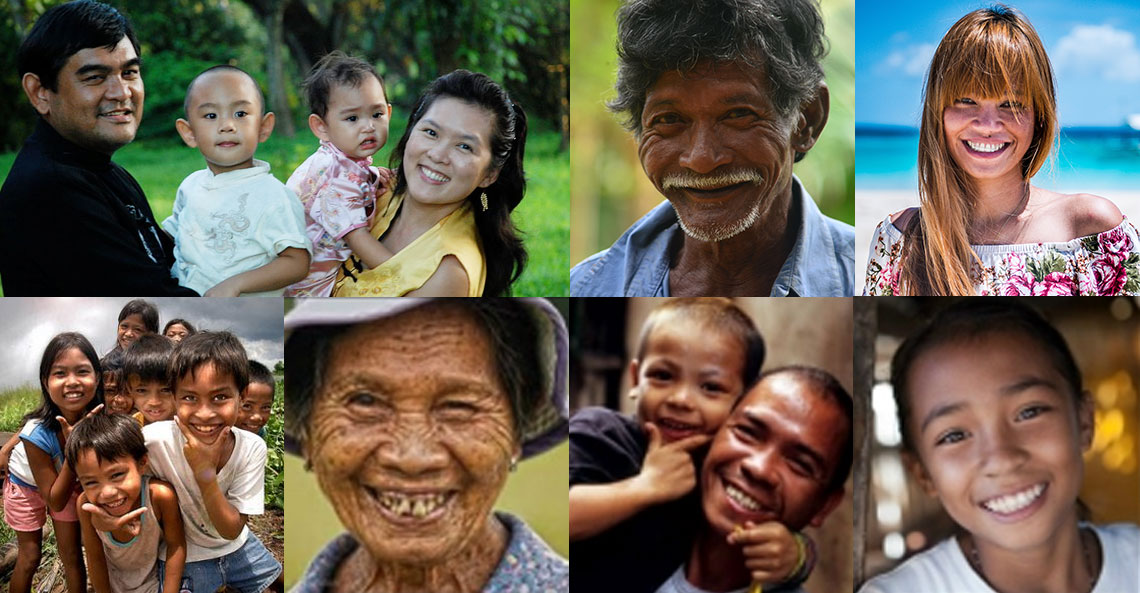 If there is only one thing Filipinos will walk to the ends of the Earth for, it definitely is family. There is nothing they wouldn’t do for the happiness, comfort, and safety of their families. It is their strongest foundation and they always believe that they can surpass whatever they are going through so long as their family is behind them. They can even endure the hardships of working abroad and being away from their families… for their families. Seems ironic but that’s the Filipino culture.

Filipinos are known to have tight knit family relationships. The nuclear family may be the core family unit but with a Filipino family, it can extend up to three generations. More often, a Filipino household is composed of more than just the couple and their children. Most grandparents live with one of their children and their child’s children. They even take part in raising the grandchildren especially if both parents are working.

It is also common for extended families to live close to each other. It is not unusual to find first cousins, second cousins, and even third cousins living in a neighborhood. And they all come together during large celebrations. They also come during the bad times like when mourning over the loss of someone or when someone’s confined to bed due to sickness. They provide emotional, financial, and spiritual support and won’t hesitate to help take care of the sick or help cook and wash dishes during parties.

Starting at a young age, Filipinos are taught to respect those who are older than them. Respect often goes beyond addressing them properly like lolo and lola (grandfather and grandmother), tito and tita (uncle and aunt), and kuya and ate (brother and sister but can also be used for any older man and woman). Those who are younger are expected to obey the older ones as a sign of respect. Talking back to elders is prohibited in most Filipino households as well.

When a family member is too old to survive on their own or gets sick or bedridden, family members are expected to look after them. Moving them to a senior care facility is not the norm and abandoning them on their own is frowned on.

The Filipino society is often considered as patriarchal with either the father or grandfather who has the last say. They are often pictured as the provider and the protector of the family. But time is constantly changing with more women stepping up the game. Filipinas have the freedom to earn for their families and some are even sole breadwinners while the husband stays at home to look after the kids. Modern Filipino family culture doesn’t dictate what gender does this and that. So long as the needs of the family are met, there wouldn’t be an issue.

Like most families, Filipino families are definitely not perfect. Conflicts within the family are unavoidable. Some sibling rivalry continues up to adulthood. There are children who settled conflicts with a parent on the latter’s deathbed. But issues such as this doesn’t necessarily mean the family is ruined and the love is gone. It just takes time and a great deal of understanding and acceptance to resolve the conflict.

The love of Filipinos for their families is unshakable. They may lose any material possession yet they will remain strong. Losing a family is unthinkable. Regardless of one’s socio-economic status, family is the most precious asset after all.