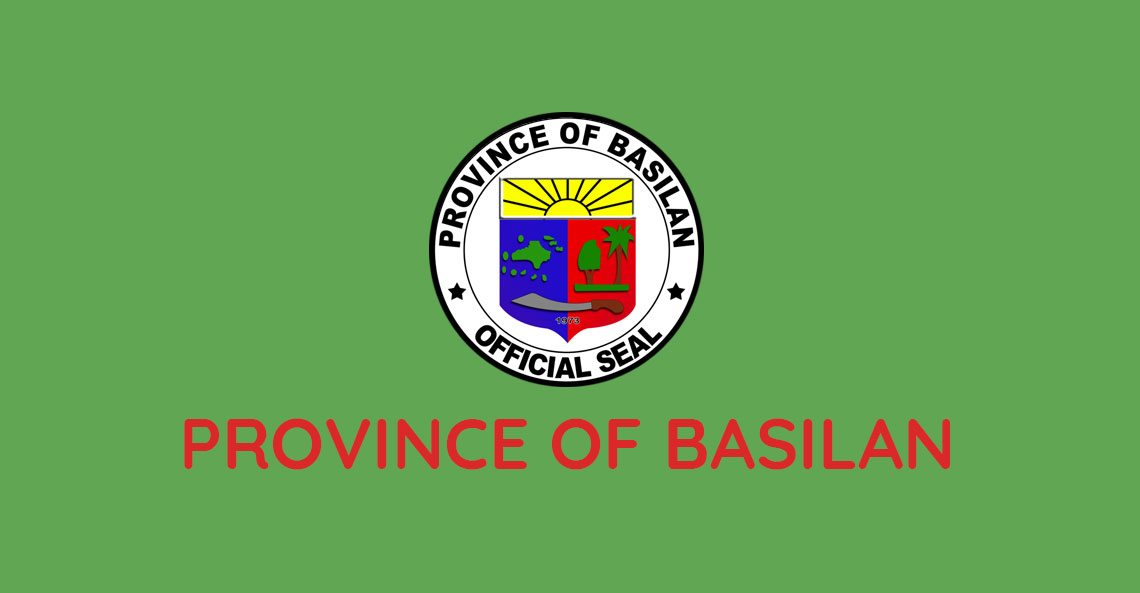 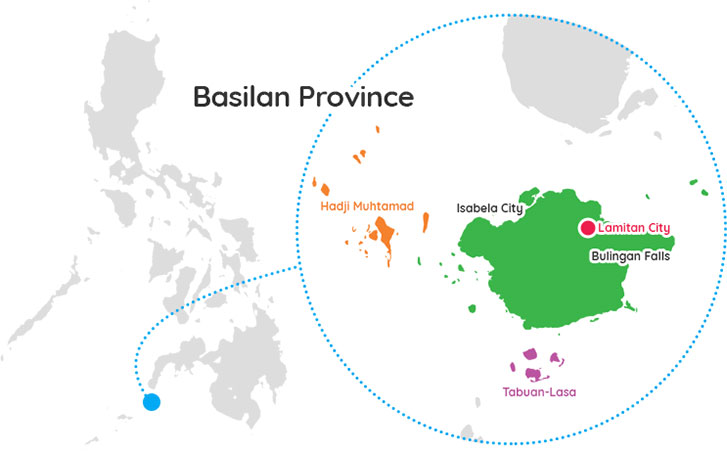 The Province of Basilan is an island province of the Philippines in the Bangsamoro Autonomous Region. It’s capital is Lamitan City. Basilan Island is the largest and northernmost of the major islands of the Sulu Archipelago. Basilan is located across the southern tip of Zamboanga Peninsula (Region 9) and is bounded on the north by Basilan Strait, on the east by Moro Gulf, on the southeast by Celebes Sea and on the west by Sulu Sea.

The climate in this province is similar to other areas in the Zamboanga Peninsula. The annual average rainfall is 1,100 millimetres (43 in) and the mean annual temperature is 26.6 °C (79.9 °F). The source of the rainfall is the southwest monsoon and the island’s location in the Intertropical Convergence Zone. The climate is classified as a tropical wet and dry climate or Aw using the Köppen climate classification system.

Basilan is outside the typhoon belt. Prevailing winds are from the southwest with a speed of 4 knots (7.4 km/h).

While Basilan has stunning beaches, only very few people had the courage to step foot in the province due to conflict between the Philippine Government and Muslim militias. However, it is generally safe to visit as long as you stay within Isabela City, the capital of Basilan. Visit Basilan any time within the months of March to July as various events and festivals take place during this period.

The most appropriate clothing in this province is casual light clothing: shorts, t-shirt, sandals.
Light jacket and pants at night, at higher elevations, and boating.

The Basilan province is divided into 11 Municipalities, 2 Cities:

There are 5 Islands in Basilan:

The following is a list of points of interest relating to the Basilan province:

The following is a list of festivals celebrated in Basilan throughout the year:

The following are the most frequently asked questions about the Basilan province.

Where in the Philippines is Basilan located?
Basilan is an island province located across the southern tip of Zamboanga Peninsula in Mindanao.

Is Basilan a city or province?
Basilan is a province.

What is Basilan known for?
Basilan is known for religious shrines, and coconut and rubber plantations.

How many islands are in Basilan?
There are 5 islands in the province.

Is Basilan safe?
Basilan may be safe for locals but not really for tourists due to violent clashes between the government and rebel groups.